In recent years, numerous technologies have surfaced to make our lives easier. Many of them are still unknown to the general public, from automatic checkouts at the supermarket to ridesharing. Such an example is the no-code technology, which has been around for several years and presents the perfect opportunity to grow within the IT industry.

There’s an ongoing discussion about this topic, and while many consider the advantages of using this technology, some fear that it might replace software developers. Why? It allows the creation of application software using graphical user interfaces, rather than only using programming languages.

With that in mind, it’s safe to say that only a quite handful of individuals truly understand the potential that the no-code technology presents. Statistics show that using this technology there will be over 500 million digital apps and services developed by 2023. In addition to this, by 2026, the market for no-code technology will reach $112.43 billion. This presents massive potential for companies and software developers, and in turn, more opportunities will be created in terms of jobs, business growth, and strategies. Having established that the no-code technology is here to stay, let’s have a more in-depth look at the primary beneficiaries.

The first ones that will reap this technologies’ benefits are entrepreneurs with great ideas. From numerous lockdowns to tasks piling up, entrepreneurs have always wanted to automate their processes. While most businesses had no trouble in doing so, many struggled with choosing the right cost-effective solution. Here is a perfect scenario where the no-code technology comes in handy because it gives entrepreneurs the possibility to develop applications to increase their productivity and efficiency without the hassle of knowing a programming language.

This is just one example of how savvy entrepreneurs managed to cut downtime and processing automation costs using no-code technology.

Another benefit of no-code technology that entrepreneurs will see is the ability to test ideas and offer products, services, or anything one could think of. This means that anyone sitting in their garages or bedrooms can create a new business or expand their markets without significant IT departments or agencies’ significant investments. By leveraging the no-code technology, entrepreneurs can make more with less capital.

As a software developer, you might think that there are not so many benefits that you can take out of this technology. However, there are many things that you can improve and focus on with no-code.

For starters, with traditional DevOps development, much of the focus goes into application development complexities. One of the essential aspects here is that using no-code technology, any software developer can focus on their customer’s needs and build something they want. In simple terms, the focus is shifted towards the core of an application. In addition to this, no-code technology allows developers a visual way of building logic in the applications, which saves up a lot of time.

A second aspect that a software developer needs to consider is that with no-code technology, the time required to go live with an application cuts down tenfold. With added complexity, finding people with the right skills for development can delay an application’s launch. With the no-code technology, developers can quickly deliver simple to complex applications in no time. Furthermore, most no-code platforms available today offer consistent environments to build, test, and release applications live as soon as possible.

One final very important thing to mention here is that developers can focus on enhancing the no-code’s capabilities allowing the more non-technical people to use it as a future reference. This, in turn, gives software developers more time to increase their work productivity and efficiency.

Another entity that gains benefits from this no-code technology is the technical creators. In this case, no-code technology allows for a faster way to start and test ideas. Instead of beginning with code, technical creators can quickly create a basic landing page or product to test their idea’s merit. Whether you are a programmer or not, coding takes a lot of time and effort. In addition to this, since time is money, coding becomes more challenging, especially with risky ideas.

A second benefit that programmers have with no-code technology is that updating applications can be made quickly with no hassle. Since software applications require constant changes to add new features or squash bugs, no-code applications have no such restrictions. The best part about this is that the tedious process of identifying bugs and application downtime becomes a thing of the past.

As it wasn’t clear enough by now, let’s take a look at the elephant in the room: non-technical people. These make up the majority of users that will truly leverage the power of the no-code technology. This is because it requires no coding skills but a strong will to develop something different with less hassle. In addition to this, more and more applications are developed by regular persons, rather than an entire floor of developers. Of course, there are some limitations as well, but there’s no telling how far they will hold. The future looks bright, and the technology, even if in the early stages of adoption, presents lots of opportunities for everyone looking to build something from scratch.

No-code technology should not be feared by anyone, as it’s not here to replace anyone, but instead, it acts as a bridge between complex coding and various entities. Furthermore, there are many advantages of using it, and while this can be seen with the naked eye, one should also look out for potential drawbacks of this technology. 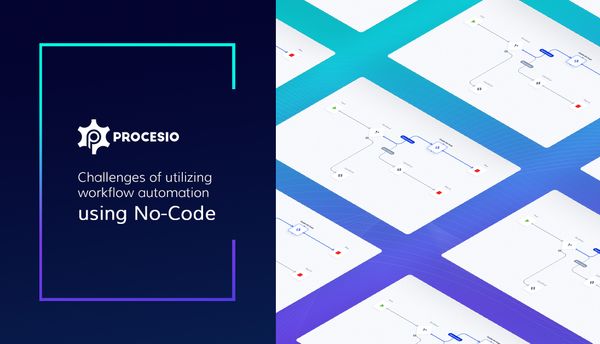 With the global climate imposing the need for business agility and flexibility, some companies struggle with process optimization. Seeing the increase in demand for productivity and efficiency, IT solutions providers